Dellacoma Behind The Scenes: Live From Dark Horse Recording Studio

Written and photographed by Robin Ervolina
I’m sitting in Dark Horse Recording Studio in Franklin, TN where Dellacoma is recording their new CD. Dellacoma Rio is upstairs resting his voice. Jasin Todd is laying down guitar solos and riffs. Jarrod Medwin (drums) and Tommy Sunset (bass) sit nearby, nodding their heads, occasionally exclaiming “Oh my god,” or “Fuck man, that sounds great.” This is our second day in the studio and I’ve listened to this song grow from scratch vocals and clicks to a slick wall of sound. Engineer Sawyer Hudson has been brilliant in bringing the best of the band forward. We’re all listening to Todd, swaying like cobras under the snake charmer’s trance, when Todd lets out a yell. Something fell from his fingers he didn’t like. “I’m trying to stay with the melody,” he says. He leans back with eyes closed and says, “Let me just play with it.” New ideas spill out of him until he bursts forth with an “Ah Fack.” He starts again and it’s just a storm of notes building epic Todd solos.

After tracking a song for the better part of two days, the boys decide to play around with a CCR cover. Jarrod sits down at the grand piano, and Dell lays down scratch vocals, or so we think. The first run was so near perfection we cannot imagine it can be replicated. Sawyer sets up the mics and promises it will be worth it. With chills running down my spine, I can testify. Something special happened in that “second” run, akin to lightening in a bottle. With so much vulnerability in his delivery, Dell sings me to tears. One take and it’s a wrap. Magic happened.
The creative energy in this room is a testament to Dellacoma’s ability to collaborate with absolute respect. Ideas fly as freely as “facks” and no suggestion is disregarded. Each member of the band takes their turn at the wheel. No one is shy. No one is a diva. It’s an awesome priviledge to be here. There’s never been a front row seat like this. There is no VIP, no rail, no backstage pass that can compare to this experience. My job is to tell the story, and all I’ve got is a soul full of sound. Words fail, but Dellacoma delivers.

Dellacoma heads out on tour tomorrow, kicking it off at Suck Bang Blow in Murrell Inlet, SC. Run your fingers down this tour date list and make sure you come out to hear the new music. We’ll be bringing you lots of exclusives from the road, so stay tuned! 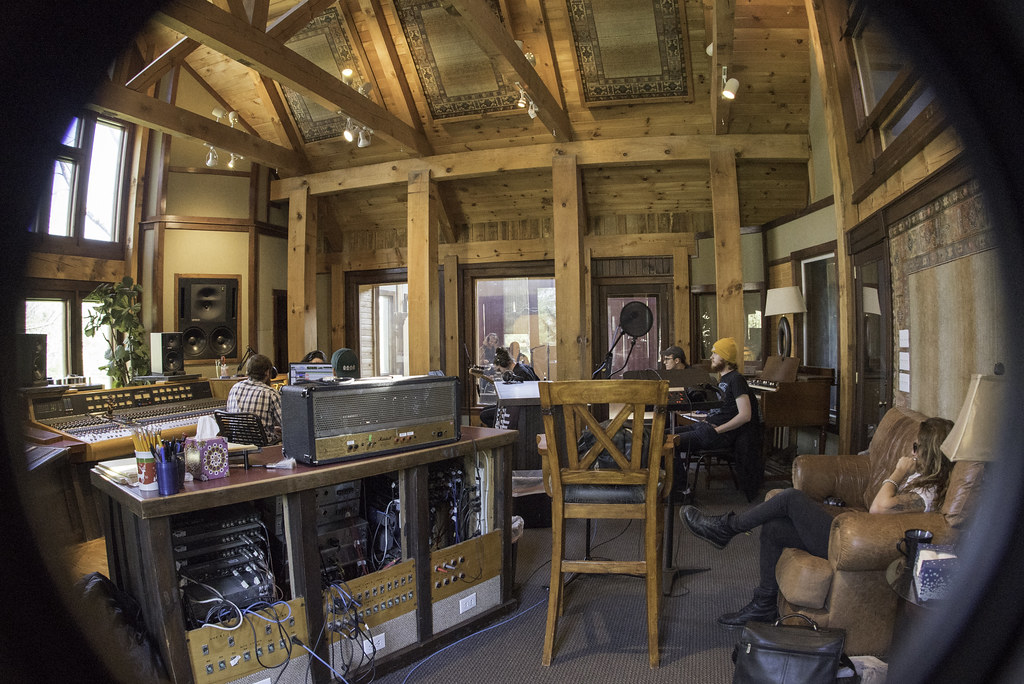 ← Back to the U.S.! Dellacoma Behind The Scenes: Notes From the Road →